Can a man swim if Netflix is blue?

Intrigued? So are we.

The rise of banner blindness, is making it more and more difficult for digital marketers to reach their target audience. People tend to skip almost everything that mildly resembles any kind of ad, boring article, or self-proclaimed marketing gurus telling them how they can get more traffic to their website in 9 easy steps (it’s always the same 9 steps for everyone). However, some things manage to catch their attention; creative advertising, viral trends, cats, quirky articles, and more importantly: memes.

The phenomenon is native to social media platforms, and now speak to everyone from Gen Z-ers to boomers, to public figures. Love them, or hate them, they are here to stay — for the foreseeable future, at least — and what you may now have known is that they can actually help you build better and more compelling marketing strategy.

To meme or not to meme?

Memes are the universal language that all social media users understand. The anti-advertising generation hates having sponsored content pop up on their screen all the time, so it is imperative that marketers tailor their content to suit the audience, and platform. Which is where memes come into play.

Perfectly executed, memes can be a solid tool to help boost your social media presence and get you closer to your audience. Using them can really connect your brand with individuals who are part of a particular pop subculture, which makes it personal. Being on social media today means being bold, and always trying new things, even jabbing at competitors like some brands are doing.

Memes are also… Free. Everything is already created by the guys on Reddit, which means that you won’t have to pay for any content or waste a huge amount of time trying to think of an idea for a social media post. So, if you’re a small business, memes might be the perfect idea for you to get traffic to your social media page, and get known.

Everyone knows that engagement is key. By definition, memes are supposed to be shared to an audience. So, they are an effective way of creating engagement whether by having people share the memes you post, or by having them tag their friends in those memes.

Here are some examples of brands pulling off memes perfectly:

Produced and released on Netflix as one of their Netflix original movies, the movie was promoted via social media using a range of funny and viral memes such as the one below. Due to the swarm of memes around the release of the film, lots of users were exposed to the memes, many of which had never seen the film before. With so many jokes and constant memes (many of which you had to have watched the film to understand), this convinced a lot of users to finally give it a watch. 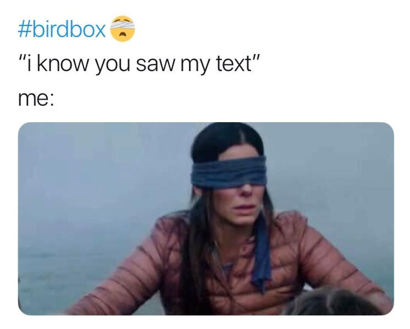 In recent years, Apple’s most highlighted product has not been the iPhone, or the MacBook. It has been the Airpods. The reason: its exorbitant price for such a product. These are now viewed as a status symbol, a fact even more perpetrated by memes such as this one: 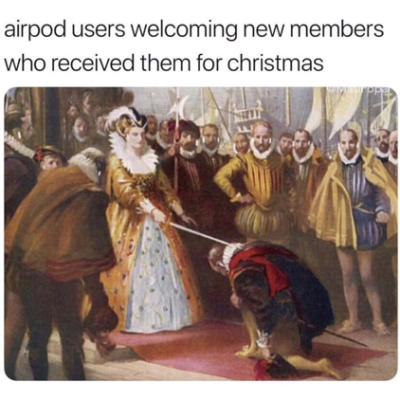 It is not known if memes like this one were created by Apple or memelords, but they nonetheless had a huge impact on Apple’s brand exposure, and caused the Airpods to be sold out in Apple stores worldwide.

A local mention, Twisties Mauritius. Twisties Mauritius has perfectly executed what is known as memejacking, that is using a meme by adapting it to your brand’s image, and voice to better communicate your message to your fans. 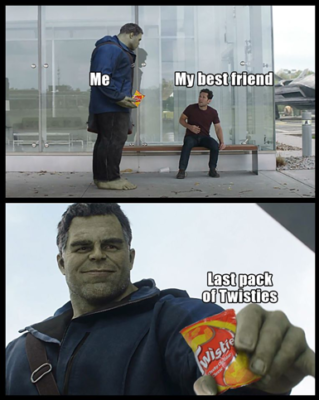 Ok, so you want to use memes for your social media presence. How exactly do you do it? Here are a few tips to get you started:

To conclude, contrary to popular belief, memes can be posted alongside your more formal content, and even complement them. Mastering memes will take a lot of research and creativity, but the upsides are worth it

If you’re wondering how to use the latest trends in your social media strategy, get in touch with us and we will more than gladly help you figure that out!